Must Try Barbadian Dishes and Delicacies

Barbados has always been known for its sun, sea, fun and friendly people. One other main claim to fame is our legendary dishes and delicacies. While we may have Zagat rated restaurants for fine dining, our home cooked meals, pastries, finger food and drinks are to die for. Check out our list of must have eats while on your holiday in Barbados. If you have not sampled any of the goodies in this article be sure to take note of them and definitely indulge while on island. 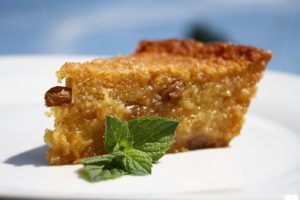 What is this Cassava Pone? It is not a pudding, or a cake, or bread. It is an awesome authentic Bajan (another term for Barbadian) treat with a somewhat sweet, moist and gummy texture. The main ingredients of this treat are grated cassava, grated coconut, grated sweet potato, raisins, nutmeg and cinnamon. 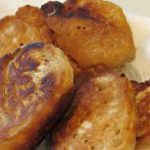 Bakes are considered a favourite and a tradition in Barbadian Cuisine. This delicacy comprises flour, sugar, nutmeg and other spices and is usually paired with another all-time favourite the fish cake. Each person has a different family recipe for bakes and may include a variety other ingredients such as raisins, cinnamon, different types of flour and spices. There is also another derivative of the bake which is called a pumpkin fritter where the primary ingredient is pumpkin. If you have never had a homemade Bajan bake then your first bite will definitely be a special treat. 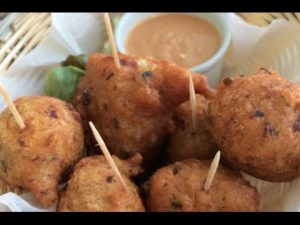 This is an amazing melody of salt fish, Bajan seasonings, pepper, flour and a couple of other ingredients, which are rolled into small balls and deep fried. Fish cakes are great by themselves but are often coupled with homemade bakes or what we (locals) call a “salt bread”. The combination of two fish cakes and a salt bread is commonly referred to as “a bread and two”. There is just something satisfying about eating a bread and two and drinking a tall glass of ice cold mauby. Fish cakes are consumed by Barbadians at all times of the day; breakfast, lunch, dinner, snack or appetizer. Some establishments even serve special dipping sauces that enhance an already awesome flavour.

Flying Fish and Cou-Cou (The National Dish of Barbados) 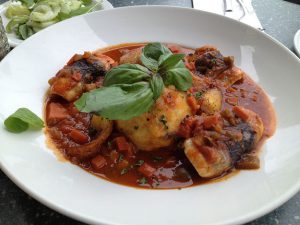 Cou-cou is a tasty corn meal and okra product coupled with steamed fish and gravy traditionally served on Fridays and Saturdays in Barbados. The fish is skilfully boned, rolled and stewed down in gravy made with herbs, tomatoes, garlic, onions, butter and a couple other ingredients according to the chef preparing it. Cou cou is similar to polenta, made with yellow corn meal but cooked with finely chopped okras. The flying fish fillets can also be battered, breaded and fried for a variation to the dish.

The famous conkie is a corn based traditional dish popular around Independence time in Barbados (November 30th). This delicious morsel is derived from the fusion of corn flour, pumpkin, sweet potato, grated coconut raisins and a mixture of other spices and ingredients. This mixture is then wrapped and steamed in banana leaves. Definitely a must try. 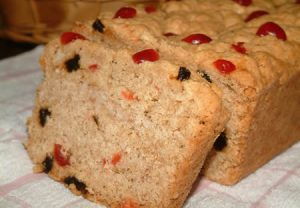 This tropical delight is also known as coconut bread and is an all-time favourite baked good in Barbados. Sweet bread is topped with a rugged crispy crust and the body is usually filled with moist raisins, cherries and clusters of real coconut. This pastry is usually seen throughout the year but it is more prevalent around Christmas time. Eat a slice or two as a snack, dessert, or as a toast replacement for breakfast. 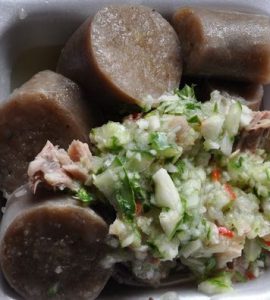 This popular delicacy is a traditional Saturday lunch for many Barbadians. Scores of people usually line up at various food establishments around the island to purchase Pudding and Souse. Everyone has their special vendor that they buy from because like everything else, the taste of the Pudding and Souse varies from one cook to the other. Some like their pudding sweet and others favour a spicier option. The souse is essentially pickled pork (pig feet, ear, snout, tongue and leaner parts of the pig), cucumbers, lime juice, peppers, and parsley. The pudding is a combination of steamed sweet potato, pepper and several types of seasonings. The pudding is traditionally served in a casing of cleaned pig intestines similar to sausages but this is optional. A popular companion to Pudding and Souse is usually pickled breadfruit. 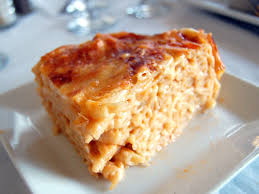 This dish is very popular in Barbados and is also commonly referred to as pie. It is the Bajan spin on the well-known macaroni and cheese. We typically use straight macaroni tubes as opposed to elbows and it is specially seasoned, a layer of grated cheese places on top and then baked to perfection. The lunch or dinner combinations with macaroni pie are endless. It can be had with any type of meats, salads and other starches such as rice and peas.